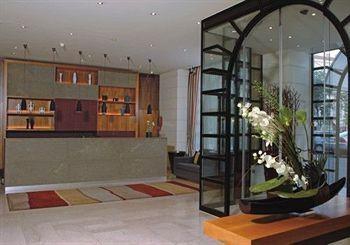 The K+K Palais Hotel Vienna is located near the city center. St. Stephen's Cathedral is within a short walk of this hotel. Other attractions nearby this Vienna hotel include the State Opera and the business and banking district. There is ample public transportation found in this part of the city. For a surcharge, the K+K Palais Hotel Vienna will arrange transportation to the Vienna International Airport for guests.

The K+K Palais Hotel Vienna contains 66 rooms in total which are well-appointed with luxury amenities. Rooms include Internet access, cable television service, telephones, a minibar, an in-room safe and a private bathroom. The bathrooms include a hairdryer.

The K+K Palais Hotel Vienna was once a palace, constructed during the reign of Emperor Franz Josef. The historical exterior remains and the interior contains a more modernist design scheme. The hotel is provided with numerous amenities including a business center, a restaurant which serves a complimentary breakfast, a bar and concierge services. Guests may take advantage of the hotel's parking facilities.