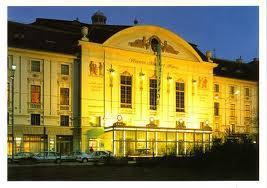 Here the musical scope is not limited to the classical repertoire but ranges from the Middle Ages to the most progressive sounds of the present time.

The Wiener Konzerthaus was built beginning of the 20th century. By the end of World War I it mainly focused on classical music. After that, the program has widened to include other performances, like modern dance. While the building suffered little during World War II, the artistic reputation of the Konzerthaus did. Immediately after the end of the war, the Konzerthaus aimed to regain its status and dedicated itself to the promotion of contemporary classical music in Austria. This they have definitely achieved and it is now one of the musical landmarks in Vienna.

Check out their website for progams and further info.

A good inside tip. After the performance end there is an excellent Wiener Beisl (local traditional food) called Gmoa Keller - kitchen is open late there and you will be able to get a proper meal, even after 9.30pm. Check out our restaurant section for further details. Reservation is needed!