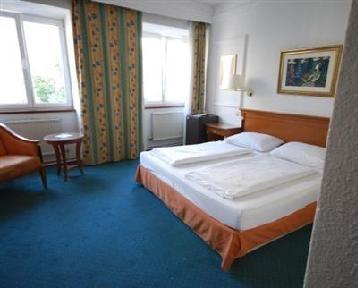 Along the streets leading to the Prater there once were inns where the coachmen could take a rest with their horses. A modern hotel business has emerged from such inns with its old arched vaults intact. The location is central: it is less than a 15 minutes' walk from St. Steven's Square to Praterstern. Also the underground and suburban rail line stations are only a few meters away. The Prater is practically in front of your door - a paradise for nature lovers, cyclists and joggers and a must for fans of fun parks.

When you come by car the hotel can comfortably be reached using the motorway exit 'Prater Zentrum' and the hotel has its own parking facilities for you comfort and security. Those arriving at the airport can reach us by suburban rail line at the stop called 'Bahnhof Wien Nord', where also the underground station 'Praterstern' is located in the vicinity of the hotel there is the Vienna International Fair, Austria Centre, the Prater and the Johann Strauss Museum.