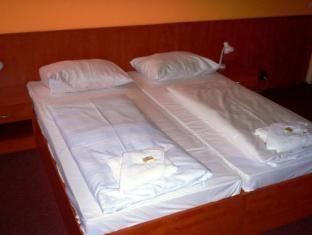 This family operated hotel in Vienna is situated only 10 minutes from the center of the city. Shopping is available within walking distance of the Pension Madara 2. A variety of bars, clubs and restaurants are also situated in the nearby vicinity of the hotel. Many of the most famous attractions in the city can be reached within a few minutes by the underground. The underground makes it easy to reach the hotel and the many attractions located throughout the city. The airport is located within a short drive of the hotel.

Along with regular rooms, family rooms are also available at the Pension Madara 2 Vienna. All rooms are non-smoking and feature such amenities as a television, work desk and shower. Most of the guestrooms at this hotel face the inner courtyard. Economy rooms are available, which have a shower and toilet in the corridor.

Services and amenities available at the hotel include a business center, on site restaurant and safety deposit boxes. Pets are allowed at the hotel.