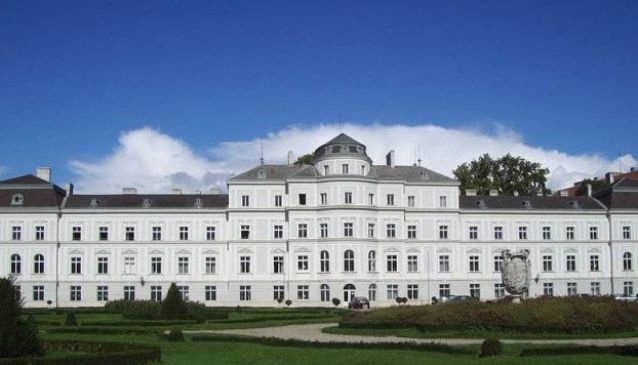 The Augarten Palace is a baroque palace in the Leopold district of Vienna. It was first built in 1712, commissioned by the Emperor of the Roman Empire Charles IV and designed by the gardener Jean Trehet. After having suffered major damages during the WWII, it was completely reconstructed and given to the Vienna Boy's Choir in 1948.

The Palace is also the home for the porcelain manufacture Augarten Porzellan.

... In 1718, Claudius Innocentius du Paquier completed a risky mission to bring the closely guarded secret of how to make porcelain to Vienna. In recognition of his achievements, Emperor Karl VI granted him the special privilege of being Vienna's sole porcelain producer. This is how Europe's second porcelain manufactory (the first one was in Meissen) came to be founded in Vienna in the street which is today known as 'Porzellangasse'.