The Oldest Zoo in the World

The temperatures were hovering around minus 20 degrees Celsius and my weekend in Vienna had thus far been spent dodging in and out of buildings in an attempt to stop my toes from surrendering all feeling to the chill that penetrated two pairs of socks and rather thin boots. Needless to say that when planning my trip I hadn’t factored in temperatures that, as our hotel receptionist seemed all too pleased to point out, were the lowest in Vienna for 16 years.

Not that this appeared to matter to the locals who continued about their business in the same resigned fashion as those living in the 45 degree heat of Dubai. Coffee shops, it goes without saying, were doing a roaring trade.

Stepping off the train and walking up towards the Schönbrunn Palace it’s probable a hot beverage wasn’t far from my thoughts. Nevertheless, once walking up the driveway and round through the garden, the freshly fallen snow glistening on this UNESCO World Heritage Site melted any reluctance to ‘man-up’ and just get on with it. The Palace and its snow covered exterior looked magical. 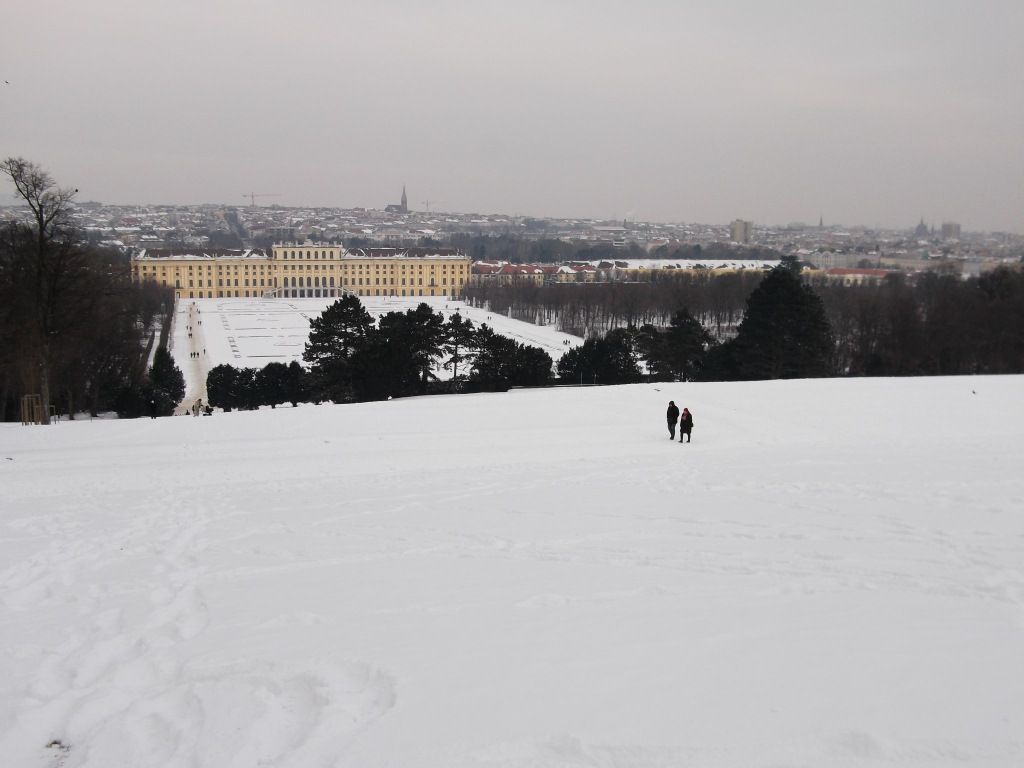 The Schönbrunn gardens are home to a few good reasons to visit this creation of the Habsburg dynasty without even stepping foot inside the 17th century building itself. The labyrinth (unfortunately closed on my visit) is a winner for families while the views from the Gloriette building make that climb worth the effort (even in the snow).

The Schönbrunn Zoo however, was the reason for my dice with frost-bite that day.

Founded in 1752 as an imperial menagerie of Emperor Francis Stephen of Lorraine the Schönbrunn Zoo is the oldest zoo in the world. The zoo started as a means to house the Emperors private collection of exotic animals and now contains over 500 animal species. The original baroque layout has been preserved and while the zoo has expanded over the years it has retained the founding ethos of space and harmony. 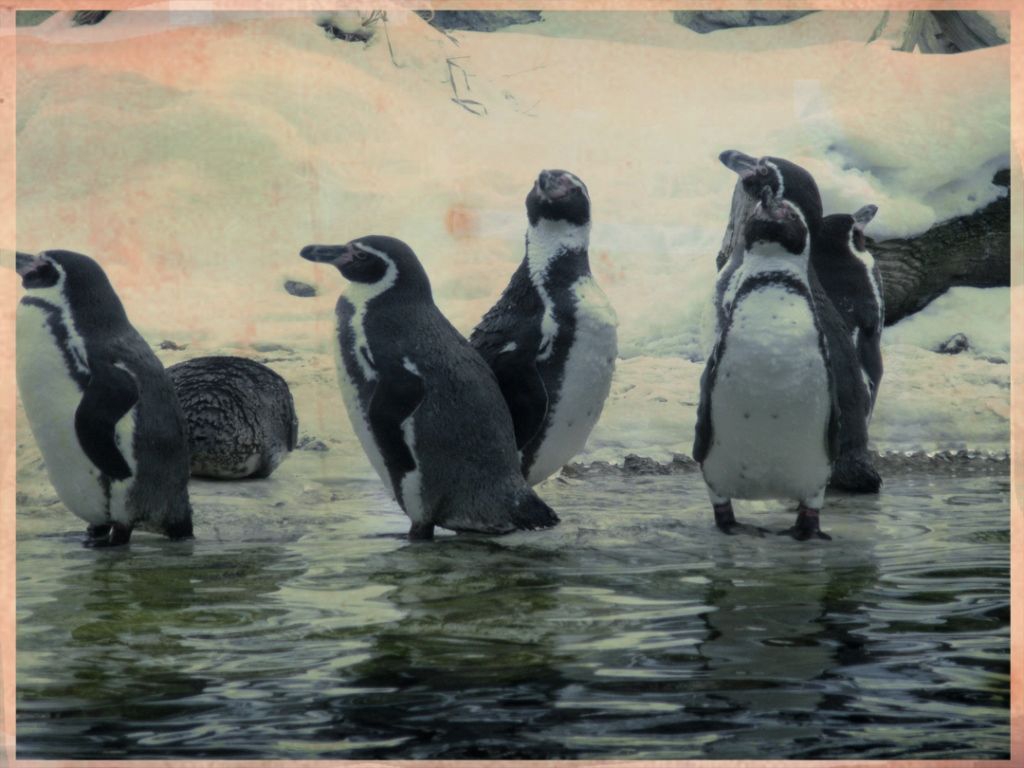 This feeling of openness and freedom is one of the reasons no doubt the zoo has topped many a ‘Best Zoo’ list. That and their efforts towards conservation and education through the many schemes and research projects supported by the admission fee. Indeed, the zoo has become an important conservation centre and is home to many threatened species. One of which I was hoping to see as I made my way through the baroque style entrance.

As you can see the rhino’s had other ideas and rather sensibly stayed out of the snow, no doubt a concept as alien to them as a hindgut to me. The deer however, showed their perissodactyla neighbours who were boss, grazing in the open as the ducks wallowed on the small patch of unfrozen lake that had appeared from their enthusiastic frolicking.

Meandering along the paths mapped out through the zoo the absence of bars and cages was both notable and refreshing. The enclosures are separated with rope, glass or a small ditch, giving an intimate feel to the visitor yet space and privacy to the animals. The creatures looked at ease, a contributing factor no doubt in the birth of a baby elephant to the zoo in 1907; the first elephant to be born in captivity. 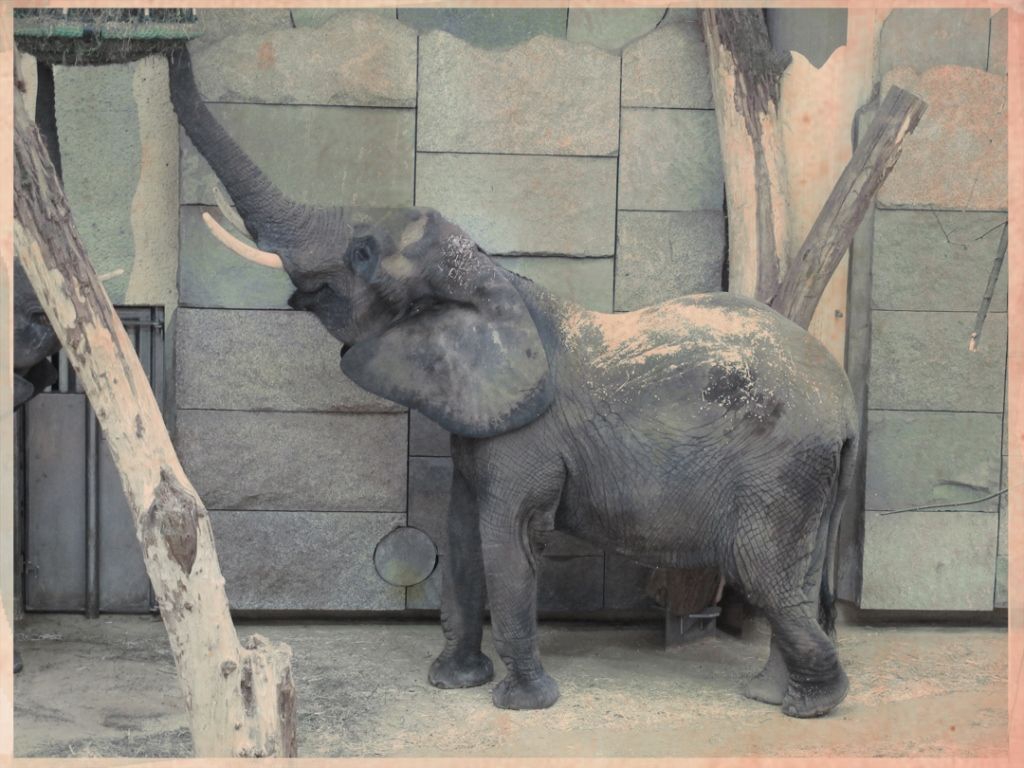 Aside from the elephants I’d been told further stars of the show were the giant pandas and polar bears. Neither of which I had yet encountered. The red pandas were happily hanging out (literally) in their snow-free surroundings while brown bears appeared to be in their element in the wooded habitat now submerged under a blanket of snow.

The penguins also appeared unperturbed by the sub-zero temperatures, no doubt pleasantly warm in their European home. The orang-utans however, appeared to be on my side. After a brief walk out to the glass to survey the scene before them, they took one look before lumbering back to the warm, an expression etched onto their faces that suggested they weren’t about to trade places. Even the flamingos appeared to have a small air of smugness curling from their delicate beaks.

To see everything you do need a full day. The Schönbrunn Zoo is certainly not one to be raced around, rather enjoyed at leisure, wearing comfortable shoes. To assist a number of places to stop and re-fuel are scattered along the popular routes, usually next to an animal enclosure assuring food with a view. Food outlets, like the enclosures, are sympathetic to the surroundings, think cosy restaurants rather than burger wagons and fast food kiosks.

As I made my way over to the exit and the temperatures began to drop my chances of seeing that giant panda and elusive polar bear were looking pretty slim. I could only assume they were sensibly tucked up out of view. Either that or they’d found a coffee shop. 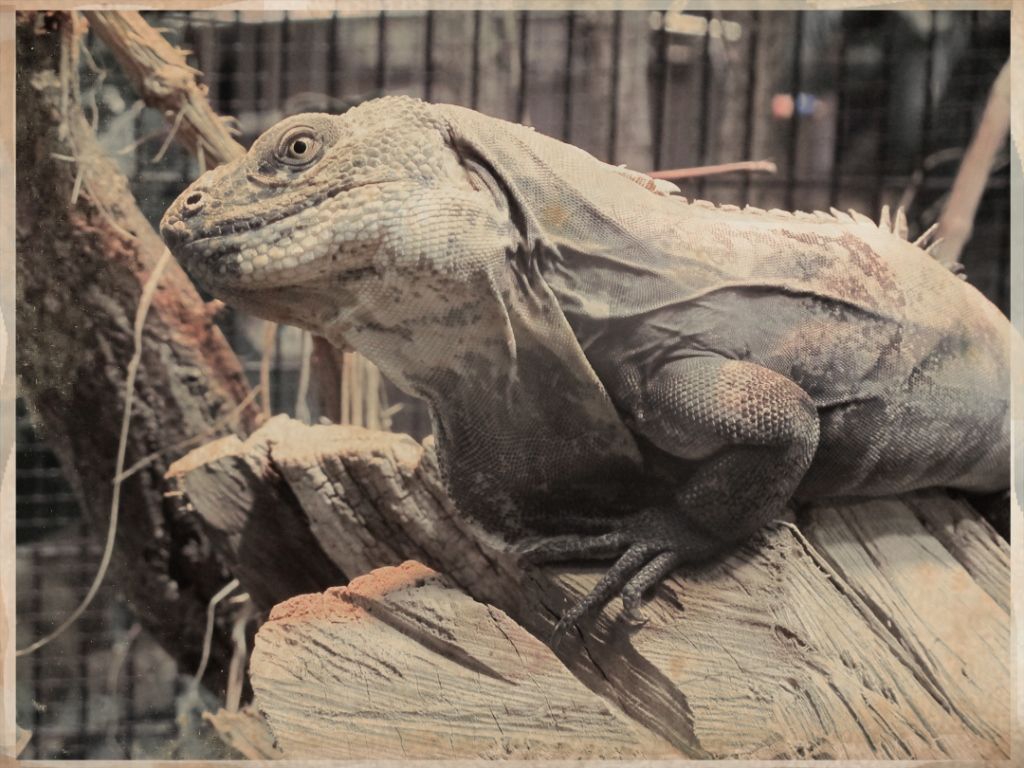