When it comes to assignments, trying to immerse oneself in Vienna’s sugar fused delights had to be one of the easiest. Not least because coffee houses in Vienna are abundant amongst the wide choice of Viennese restaurants, but also because immersion was immeasurably easier than trying to abstain; which, quite obviously, would have been ridiculous.

Coffeehouses in Vienna are arguably one of the city’s most important cultural institutions, and are still going strong some 300 years after their introduction to the city. Today they open up visitor’s eyes not only to the sweet delights of a city so adept at making you leave with your belt a little looser, but also a heritage that adds an extra dimension to your Sachertorte.

Thus, with research and cultural immersion firmly on the mind, we present our guide on how to make the most of Vienna’s cafes and coffee shops and cakes. Elasticated waist bands at the ready… 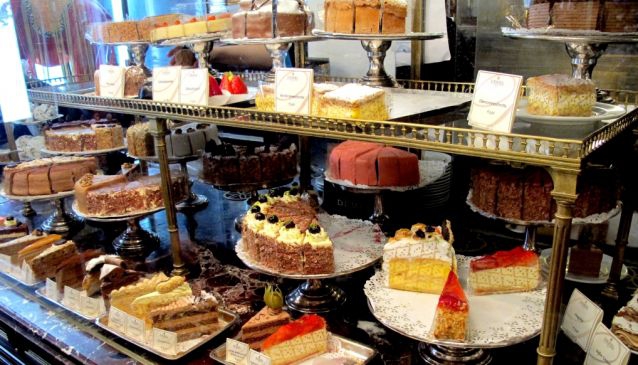 Before continuing it’s probably worth mentioning that Vienna is home to two very different types of coffee shops. The first are those which are intrinsically Viennese, both in atmosphere and customer experience while the second have spawned from well-known coffee chop chains prevalent around the globe. While in the latter speed and informality is the norm, a traditional Viennese Coffee Shop operates very differently.

The décor for a start is chic and classic. Tables are neatly arranged with upholstered antique chairs positioned strategically around them, while coat stands, grand pianos or framed paintings add an additional element of grandeur. Newspapers are pressed into wooden holders and hung for customers to help themselves. Service is at your table where a waiter dressed impeccably will present the menu and wait patiently as you choose.

Everything is designed for comfort and ease. While it seems logical to assume the coffee shops of Vienna would have appealed largely to the middle class, Stefan Zweig, (an Austrian writer prolific in the 1920’s and 30’s), described them as “a sort of democratic club, open to everyone for the price of a cheap cup of coffee…” Indeed, this is exactly how they operate today. While the atmosphere is formal, it’s not stuffy – just don’t expect a plastic chair and a paper cup…

Top tip: Some coffee houses ask that you select your cake from the counter and collect a ticket, which you then present to your waiter. Café Demel, dubbed as Vienna’s most refined café, operates this system. Empress Sisi used to get her violet sorbet from here (though I doubt she needed to collect a ticket first…) 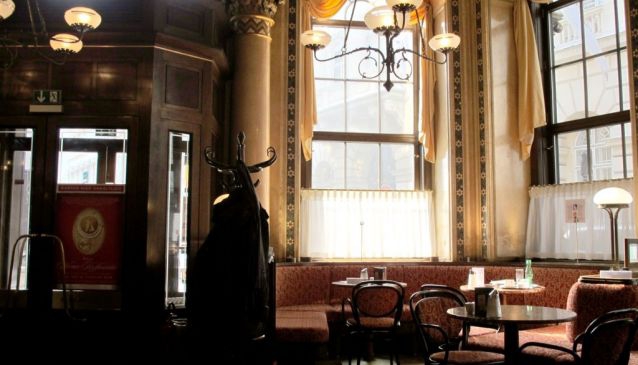 The first coffeehouse in Vienna opened in 1685 and in 2011 UNESCO acknowledged the significance this institution has played in Viennese life by listing it in the Austrian inventory of “Intangible Cultural heritage’. It is described by here as somewhere “where time and space are consumed, but only the coffee is found on the bill”.

This description does wonders for how a visit here should be perceived. Those of us used to being ushered out of our seats the second the final mouthful of coffee has left the cup, will find Vienna’s coffeehouses a breath of fresh air.

History has shaped how attitudes to café etiquette are perceived here; indeed during the late nineteenth and early twentieth centuries writers would flock to coffeehouses to work or even meet. One of the most well-known examples is of the poet Peter Altenberg whose literary circle would meet in Café Central. He would later become so at home here that he even had his mail delivered!

While this might be taking this a little far these days, you can rest assured that if you want to order a coffee and read a book all afternoon you won’t be disturbed - save the re-fill to your glass of complementary water…

Top tip: Don’t miss the chance to look around as many cafes have great interiors. Café Demel also has a glass panelled workshop so you can see inside at the confectioners at work. At Café Diglas you can also see apple strudel and other tempting tarts being created in their bakery. 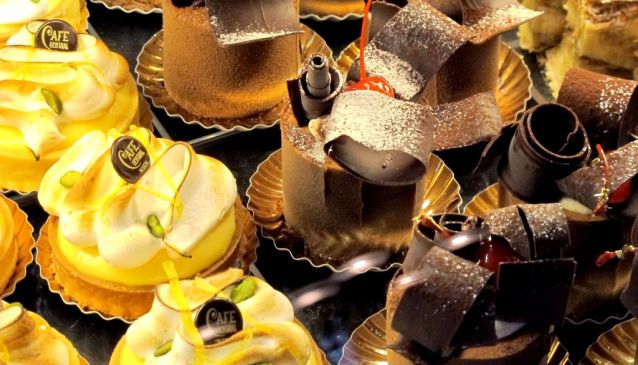 While taking the approach adopted by so many when presented with an array of mouth-watering cakes is good for those who like surprises, entering into your Viennese cake induction with the basics may help you avoid the somewhat risky strategy of ‘point and hope’.

That’s not to say of course there is anything to avoid, on the contrary if you can sample the full I array I urge you to do battle, however, if coffeecake is your nemesis it is somewhat upsetting to think you’ve selected the largest slice of chocolate cake only to discover the cocoa bean is not its primary founder.

Sachertorte is Vienna’s most famous chocolate cake – created in 1832 by Franz Sacher. The exact recipe is of course top secret but it is basically a very rich chocolate cake, smothered in apricot jam then covered in chocolate and served in a neat slice with some whipped cream. The place to indulge is at the Sacher Hotel (behind the Vienna State Opera House). However, all Viennese coffee shops as well as traditional restaurants will serve it (but they are copies!)

Other treats to look out for include Dobostorte, a cake made up of lots of thin layers cemented together with chocolate cream and topped with caramel and Esterhazytorte, a medley of almond sponge and cream with a glazed top.

When it comes to coffee in Vienna here are a few to look out for:

Top tip: Do ask the waiters to explain if you need a hand working out to order. It’s also worth going with a friend so you can buy two slices and share … 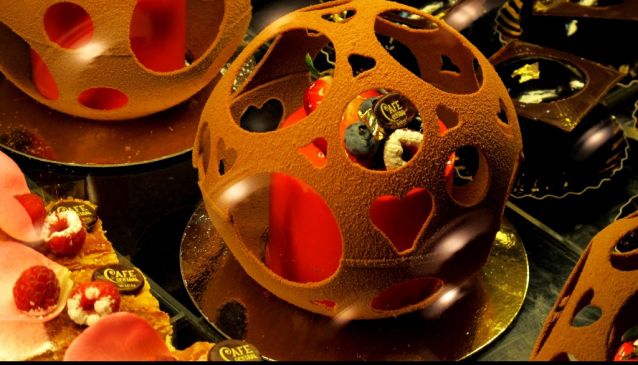 For times where your tummy needs some time out you can of course ask for your sweet treat to come take-away. Many coffee shops and café’s also produce larger cakes (for birthdays and other events) that you can box and present to a lucky recipient.

For take-away confectionary Café Demel also has its own shop where you can browse the array of local specialities on offer. ‘Langues de chat’ are a popular souvenir (though are a little on the pricey side) and consist of chocolate coated biscuits in the shape of a cats tongue.

To tip: ‘Mozartkugel’ is another local delicacy that makes a good sweet souvenir. In commemoration of Mozart (who moved to Vienna in 1781) it is made up of nougat infused with marzipan and smothered in dark chocolate. There are lots of copies out there but the best can be found in Mirabell, Fürst, Hofbauer or Demel. 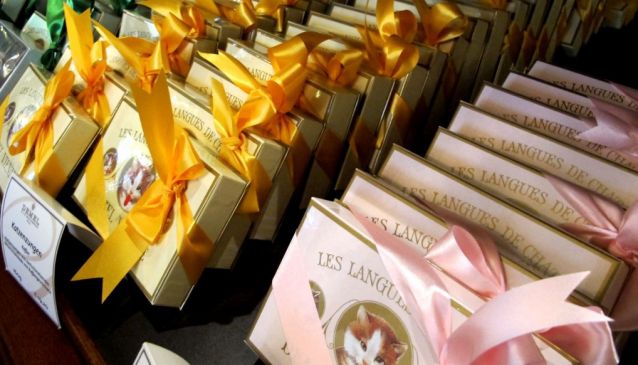 For those who want to rub shoulders with the greats of the Viennese Coffeehouse world, every year during ‘Fasching’ (the time between Christmas and Lent where Vienna celebrates its annual Ball Season) make sure you secure your ticket to the Ball Wiener Kaffeesieder – Viennese Coffeehouse Owner's Ball. While we can’t promise that the coffeehouse owners will spill their secrets you will get to see a fantastic array of their work showcased for all to see in the grand entrance of the Hofburg Palace.

Top tip: Book your ticket early as the Coffeehouse Owners Ball is extremely popular. Aside from the famous Opera Ball held in the Vienna State Opera House, Vienna balls hosted in the Hofburg are the most impressive. Just don’t forget your camera to capture all those edible works of art as you enter.

It’s clear that Vienna’s coffeehouses have come a long way since their introduction to the Viennese way of life back in the seventeenth century, where in the absence of menus customers selected their coffee using a colour coded chart. However, with Café Central serving almost 1,000 cups of coffee a day alone, it’s also clear for now at least, they are very much here to stay. 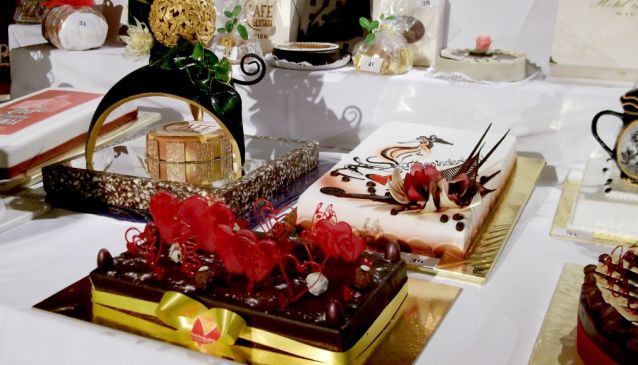